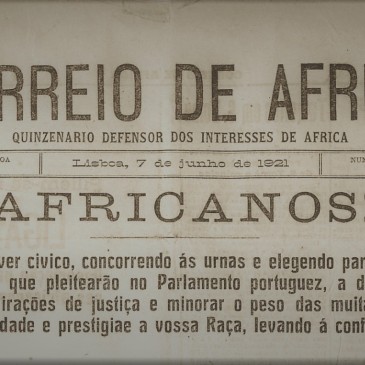 In 2015 I was invited to do the translation of an Afro-Portuguese newspaper from the 1920s for the project: Digital Bilingual Edition of Correio de Africa [Africa Mail] Newspaper (1921-24) with Scholarly Apparatus (PT-ENG).

I am honored to have been part of such interesting and innovative research which received a grant from the National Endowment for the Humanities: Exploring the human endeavor – University of Maryland, USA. The team led by Professor Zita Nunes will now continue with the translation, annotation, and analysis of the newspaper and all the outputs of the project will soon be published on a website.

The main challenges of this translation are:

To solve these difficulties I had to cut sentences and paragraphs, use simpler vocabulary and research cultural equivalents in the English language to make the target text understandable for a contemporary American public without losing the original “flavor” of the source text.

For the most part, this work involved interpreting the writer’s original idea and summarizing or rewriting it in a way that was intelligible for the target audience. 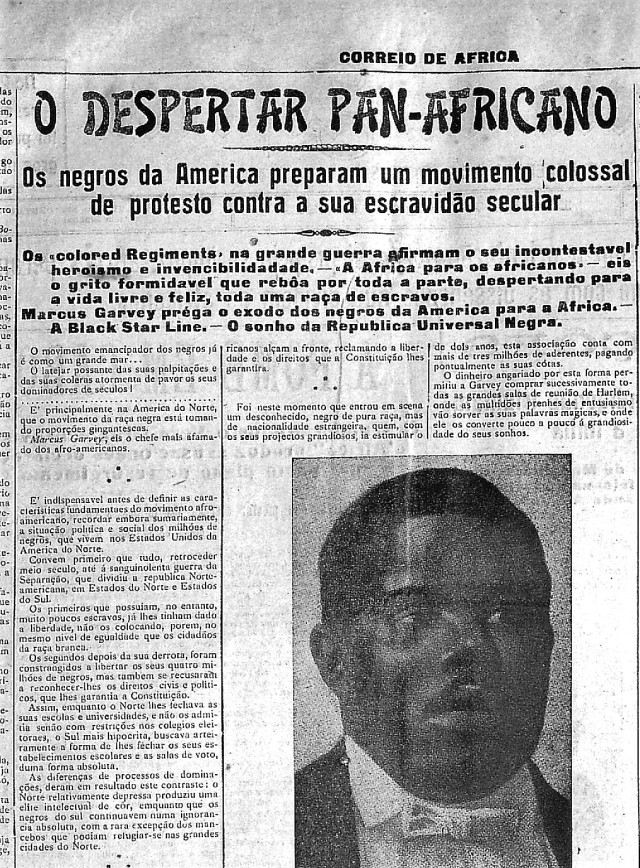 The «colored Regiments» have affirmed in the Great War their undeniable heroism and invincibility. «Africa for the Africans» – this is the formidable cry that echoes everywhere, awakening a whole race of slaves for a free and happy life.
Marcus Garvey preaches the exodus of the Negroes of America to Africa. – The Black Star Line. – The dream of a Universal Negro Republic.

The Negroes’ emancipation movement is like a big ocean…
The strong beating of their palpitations and cholera fills their centuries-old masters with dread!

The black race movement is taking gigantic proportions, mainly in North America.
Marcus Garvey, the most famous leader of the Afro-Americans.

It is indispensable, before defining the fundamental characteristics of the Afro-American movement, to recall, though briefly, the political and social situation of the millions of Negroes who live in the United States of North America.
It is important, before anything else, to go back half a century to the time of the bloody war of  Separation which divided the North American Republic into Northern and Southern States.
The former did not have many slaves and had already given them their freedom, though they didn’t put them at the same level of equality as the white citizens.
The latter, after being defeated, were forced to release their four million Negroes but also refused to recognize their civil and political rights guaranteed by the Constitution.
Thus, while the North closed their schools and universities to the Negroes and only admitted them in their electoral colleges with many restrictions, the South, more hypocritical, sneakily looked for a way to close their schools and voting rooms in a more permanent way.
The differences in the process of domination resulted in this contrast: the North produced relatively quickly a colored intellectual elite, while the Negroes of the South remained in total ignorance with the rare exception of the young men who were able to take refuge in the big northern cities.